“He, who came from nothing | In his nothingness was all.” – Joaquim Fredrico de Brito

Beau Bledsoe has added another new project to his one-man global take-over, one that I was pleased to help with in a very small way. Together with singer Shay Estes and guitarist Jordan Shipley, he has created out of nothing a group to perform fado, a form of music from the dark streets and shadowed cafés of Portugal. 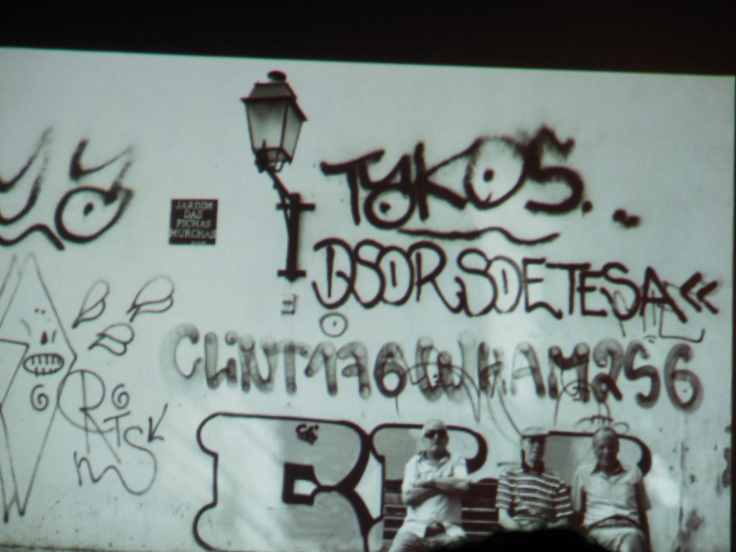 Bledsoe, a classical guitarist, has a long history of falling deeply in love with traditions from around the world, absorbing and transforming them, pulling others into his infatuations. I’m still waiting for his banda ensemble to take form – your out-of-tune trombone player is willing and waiting.

I aided with sourcing a few out-of-print books for their reference, though when I dug around I was pleased to find much more existed (in English) than I had assumed. Isn’t the internet just about amazing?!? Just the other day I was trying to find information about the hulusi, a reed instrument that my mother-in-law had brought back for me when she was in China. A brief Topeka-search and, boom, everything I need to know about the hulusi (keeping in mind that my hulusi needs are very minimal).

But regarding fado: They’ve been gathering resources and information, practicing, rehearsing, learning as they go, visiting the luthier’s workshop, and generally whetting all of our appetites for interesting musical performances.

Fado means, roughly, fate and a fadista could be termed a fatalist. Life is as it is – it isn’t good – the hurt must be sung out. The fadista is a sort of Gypsy persona, from the outer fringes of society, but willingly, proudly so. The songs, the voice is searching, scorching.

These KC fadistas have been working hard to develop an authentic style and knowledge base. Their blog, where they’ve documented their work and thoughts, is a very enlightening read, as they’ve helpfully and honestly discussed the process of learning a folk style (usually learned by rote, though interactions with fellow master musicians) through books and recordings and trying things out.

Both Shipley and Estes have strong Brazilian chops, as evidenced by their ensemble Mistura Fina, though the Portuguese language is of course different, and sung differently. Estes makes some nice observations about the resonant placement and similar challenges in singing in a nearly foreign vocal style.

Bledsoe commissioned luthier Dave Bucher (introduced as the “Fifth Beatle”) to build his Portuguese guitar, a first I think for the craftsman. It was a five month process, one that is also documented on their blog. Bledsoe has a habit of acquiring beautiful, incredibly carved instruments; they’re so pretty it makes it difficult to listen to the music. The Portuguese guitar, with a body like a tear drop, a fan-shaped tuning system at the end of a short neck, and abalone shell decorations, had a high, tenor tone, played with a fast, quavering tremolo.

The debut performance for Fado Novato was Thursday night, in the loft of Grünaeur. The group also included special guest bassist Jeff Harshbarger. Estes introduced the ensemble and the pieces with faintly accented tones, keeping her highly nasal “zhs” in place. She instructed the audience to “drink liberally, feel deeply, and don’t be afraid to cry.”

Estes explained that she wore a black shawl in the tradition of the fadista because “we are always in mourning” for Maria Severa, a nearly mythological Piafian figure, a street prostitute/musician brought to fame and recognition by the love of a nobleman before coming to a young, tragic, genre-appropriate death.

“The kisses that I used to give; it was like biting a rose.”

They further educated the audience with accompanying projections and translations, discussing the legends of the genre, the history, and the context of the tunes. The thematic elements were of mothers, the sea, or ruined women, of lost love and of death. Though the words were sorrowful and the singing almost at times like snarling, the accompaniment was slightly cheerful, with an oddly bouncy bass. There was even a sing-a-long tavern song about, of course, death.

The audience responded with Lisbon-style of applause by clapping at the end of each number, though I’d like to see a group acknowledge with the academic reaction from Coimbra, by clearing their throats. To me that would be more in keeping with the music’s somber ambience.

Really, the only detriment of the event was the unintentional percussive accompaniment of a cadre of trigger happy photographers, bent on getting “the shot.” More than me lost patience with them, as the shutters clicked again and again, out of sync and tact, blocking visual lines and the projection light. How many frames could you possibly need? At one point in time I believe the threat “throw you down the stairs” was used. How gritty. How dark. How fado.